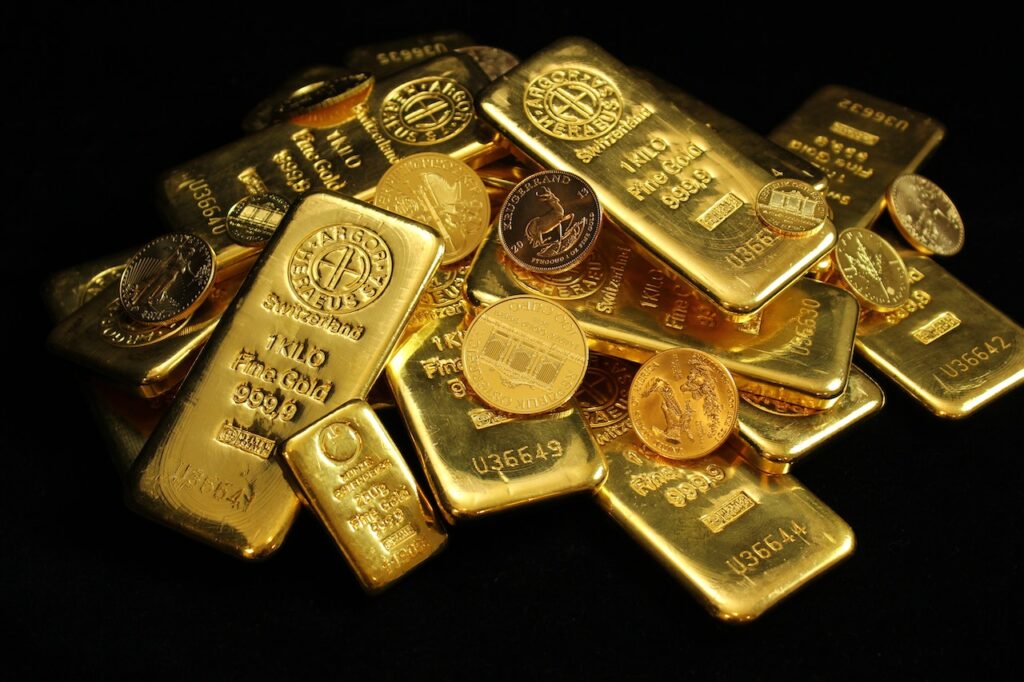 Societies have been using gold as a safe haven asset for years, especially during times of economic uncertainty and instability, everybody is looking for low-risk ways to protect, safeguard, and grow their money. Owning gold is considered as good and beneficial as having liquid cash in your hand. One should not be surprised if an individual is seeking an answer to the question ‘why buy gold?’

Kanak House Bullion, assures and believes that buying gold is wise, sensible, and more practical than as compared to anything else. General Public at large who have suffered great losses and who have witnessed the 2008 crisis have got their hopes, dreams, and confidence damaged to a great extent.  Our faith in the banking system has been shaken to the core and irreparably damaged, hence at times of crisis people want surety, faith, and trust that their hard-earned-money, savings are safe and secured. The middle east economy, as well as that of the world at large, to a great extent, has recovered but growth remains slow, and the fear of recession is growing once more. As compared to the stock markets, the bullion market is considered to be more stable, more reliable, and most sought after wise decisions made by individuals.

1. Considering Gold, secured insurance? There is never a bad time to own a gold

Kanak House Bullion, would highlight that why considering gold as a secured insurance is an intellectual thing. Gold Bullion can be treated as the paramount insurance and, given its ability to preserve high value portfolio, should be considered as an essential part of everybody’s investment. During the times of crisis, possessing gold could well be the ultimate insurance. A primordial and old as Adams prevailing question which remained unanswered over the years have now been successfully determined as to where to invest your hard-earned money? In the recent times, gold is considered predominantly by most of the people.

It’s a well-established fact that, gold plays a crucial role, while discussing about nations’ economies. The middle east and wider economies might not be in the same turmoil as they were 10-12 years ago, but the economic situation has not been greatly improved and nevertheless has not even been negatively impacted. Over the years the standard cost of living has reached greater heights whereas wage growth has been on a declining rate. In order to narrow down this inflation rate, Financial Institutions are vigilant for lending as interest rates are also not promising. And during such times, gold being one of the traditional and greatest assets for decades, is helping countries in reviving their economic growth.

With the ability to have great certainty and resistance, gold and bullion – unlike other investment strategies, will always possess great value and stand good during hard times.

Significantly, as a highly precious metal, gold’s worth is recognized globally, and is treated as a valuable luxury no matter which part of the world you are in. Gold is being utilized effectively to insure against economic factors such as pandemic situations, inflation and deflation, interest rates, stock market jitters and currency problems.

Kanak House Bullion suggests the Customers to buy and invest into gold primarily as a safeguard for the future, and secondly as a money-making investment.

3. To preserve your wealth

People have become aware and alert about their finances since the 2008 financial crisis as it is hard to find alternative and equivalent methods to protect and safeguard your heard-earned-money.

Amongst the precious metals, Gold offers a long-term safe haven for everyone having an intention to protect and preserve the value and tradition of their wealth as it will always hold a significant value to one’s heart. Considering gold investment, one should always view it as a primarily low-risk security asset for themselves and for their beloved one’s future.

Dealing into Bullion should always be viewed as an intellectual, safe and secured, long-term method for safeguarding your wealth. Possessing gold adds a unique and interesting element to your portfolio, offering an opportunity to spread the risk from the uncertainty of other investments such as stocks and shares, property, and currencies, which may be under-performing.

The physical ownership of gold bullion bars and coins provides the investors with the ultimate power to control their wealth. To cut down a lot of hassle and if having trust issues with any third parties or financial institutions or any wealth managers, it is always a better option to keep your bullion gold bars, coins at home in a safe and having true control and ownership over your own future instead of relying on others.

To incorporate this control, one has to possess the true ownership of bullion gold bars, coins and not E-Paper Gold. A rapid-changing economic environment is not healthy for stocks and real estate. When you invest in ETF gold, you only have a piece of paper as proof. If you put your money on these schemes, you require a tangible balance.

When you place your trust and invest with us, you get to keep your treasure in your physical store. You have full control over your investment, and you own it. This enables a person by helping in deciding where & how to store & secure the physical gold. Only during the crucial times, this physical gold can be utilized. On this global platform, there are certified, authorized and genuine bullion houses who are willing to buy physical gold instantly. We provide our customers with instant calculations on international spot market prices concerning their physical gold for selling and they can immediately receive bank account transfer for the value of gold sold.

Investing in gold should not be considered as buying stocks or bonds. An individual can take physical possession of gold by either buying gold coins or gold bullion. What is gold bullion? A bullion is a gold in the form of a bar, with a hallmark/impression/stamp on it. The impression mentions the level of purity and the actual amount of gold constituted in the bar. The worth of bullion or a coin originates from its precious metal contents. One can easily own a bullion or gold coins through financial institutions like banks, bullion house, jewellery boutiques.

In today’s world, gold in no circumstances be used as money, but its essence and capacity make it superior to any currency. In reality, gold has been money beyond any currency in history.  The prime commitment and usage of money are that it serves and acts as a long-term investment/savings. Only gold has the potential to accomplish this promise and commitment better than any currency.

If you invest or buy physical gold- whether gold bullion, a coin or jewellery, you can feel the physical gold, something you can’t do with most of the investments. There has never been an instance where, real gold has been damaged by fire, water, or even time. Unlike other commodities, gold does not require any maintenance. Gold has inherent importance which the other commodities don’t and another great advantage of possessing gold is that it can neither be hacked nor be erased.

Can you identify a real Emerald or a diamond? Until and unless we don’t have ample knowledge regarding precious metals, it is difficult to identify a real and a genuine precious metal. However, that is not the case with gold. One does not require special skill or knowledge either for buying or for recognizing gold bullion. Individuals prefer to possess gold for multiple reasons. In the past, prominent economists have researched and placed value on gold, thus perpetuating its worth. It is gold, we always rely on in difficult times when other forms of currency don’t work, implying that it always will have a certain value as insurance against tough times.

9. The weakness of the U.S. Dollar

It is a known fact that U.S. Dollar is one of the world’s most significant and important reserve currencies, in certain events when the value of the dollar falls against other currencies, people, in general, choose to invest in gold in such situations which results in giving a high rise to the gold existing gold prices.

Gold has the power and capacity to sustain its value not only in times of financial uncertainty but in times of inter-governmental uncertainty. More often it is referred to as the “crisis commodity,” because individuals in general always rely on gold for its relative safety when the world, economic tensions rise; especially during such times, it often surpasses other investments. 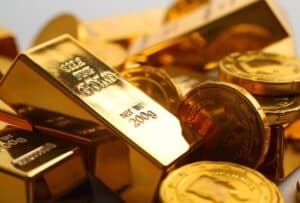 Gold, beauty, and power have long been associated. Gold-shaped shrines and idols were prevalent in ancient times, and gold’s relationship with the creators, immortality, and riches was shared by many civilizations across the world. Here is a bit about the history and future of gold. Future Of Gold Let us take a closer look at 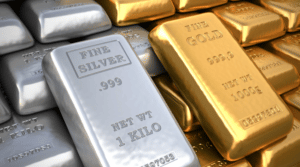 10 Reasons Why You Should Invest in Gold and Silver

Invest in Gold and Silver: Gold and silver have lasted throughout history’s crises and economic decline. They have surpassed humankind. The wealthiest people have always invested in gold and silver, sometimes more, sometimes less. Because gold has always been regarded as a safe-haven asset, investors see this precious metal as one of the safest investments